Every law enforcement agency will tell you that the supervision core is the backbone of the department. Efficiency, effectiveness, and integrity of any organization relies in the hands of supervisors. They are the professionals who make sure the shift is running smoothly and assessing every aspect of the service being provided to the community. The Shafter Police Department has a great staff who we believe are among the best in the business. We’d like to use this forum to introduce them to you, their professional backgrounds, and their specialties.

Assistant Chief Diana Burnett began her career with the City of Shafter in February of 1992. She was promoted to senior officer in July of 1996, Sergeant in August of 1998, Lieutenant in March of 2014, Captain in April, 2017, and in July of 2021 to the position of Assistant Chief.

With over 2,500 hours of recognized POST training, she has earned certification from the State of California Peace Officers Standards and Training (POST) of basic, intermediate, advanced, supervisory and Management. She also holds two certifications from the Robert Presley Institute of Criminal Investigations in Homicide and Domestic Violence Investigations. She is also a graduate of the Sherman Block Leadership Institute, Class 142.

Over her career she has served a number of various assignments such as a D.A.R.E. officer (Drug Abuse Resistance Education), field training officer (FTO), reserve officer coordinator and trainer, and youth council coordinator.

She has worked criminal investigations and presently supervises all field operations. She also oversee’s all criminal investigations as processed and handled by the detective. Along with these responsibilities, she is also the department field training officer coordinator, 290 (sex registrants) and is the liaison coordinator with the County Street Interdiction Team (SIT). Assistant Chief Burnett has also volunteered to represent the department with the Kern County Domestic Violence Law Enforcement Committee.

In March of 2020, Assistant Chief Burnett received the Richard A. Maxwell Regional Award of Merit for Public Safety by the Kern Council of Governments Regional Awards Event. Her award covered her 27 years of service with the City of Shafter and the fact that she has been a trailblazer in local law enforcement her entire career. She was Shafter’s first female Senior Officer, Sergeant, Lieutenant, Captain and now Assistant Chief.

Lieutenant Milligan was raised in a small town in Kern County. He became a Kern County Sheriff Reserve in 1999, and was hired as an extra help deputy sheriff shortly after. During the off season, as an extra help deputy sheriff, he worked as a Kern County Child Support Investigator and Housing Authority Investigator, assigned to investigations in the Shafter area. While working the Shafter area he realized how much Shafter reminded him of the town he was raised in with the presence of hometown and community values. He was hired as a police officer with the City Of Shafter in June of 2003. He quickly volunteered for special assignments of traffic officer and police fleet manager. As a fleet manager he worked diligently to bring the fleet to a professional and functioning level. He soon realized that emergency vehicles were becoming more complex and that a tremendous amount of work was required to get these units service ready. In 2004, he began to standardize the fleet by converting the fleet units back to black and white as well as outfitting the fleet with consistent emergency equipment.

In 2004, he became the departments K-9 handler where he demonstrated how a highly dependable and devoted K-9 program should function. He worked with his partner Dak until Dak’s retirement in 2007. He was selected as officer of the year in 2004 by his peers. He distinguished himself by receiving commendations from the Kern County and Denver Colorado District Attorney Prosecutors for his high quality of arrest and investigations. He has received numerous positive comments from his supervisory personnel regarding his high level of loyalty and dedication to the Shafter Police Department and other departmental personnel. He joined the long list of those officers who have distinguished themselves in the Shafter Police Department and the law enforcement profession. In 2006, as he advanced in his career, he saw an opportunity to influence the future of the department and became a field training officer. In 2006, he was promoted to a senior patrol officer and in February of 2010 was again promoted to sergeant. In July of 2021 he was promoted to the rank of Lieutenant.

Sergeant Stephens was born and raised in Bakersfield. After graduating from high school he entered the United States Air Force as a Security Policeman. He was selected to become a Department of Defense K-9 handler in 2001. He was deployed to Iraq on two separate occasions. During those deployments he and his K-9 partner swept roadways and buildings for Improvised Explosive Devices.

After being Honorably Discharged from the United States Air Force in 2006, he was hired as a police officer for the City of Valdosta in Georgia.  While working for the Valdosta Police Department he was selected as a member of the Valdosta Police Department Tactical Operations Unit. He worked closely with deputies from the Lowndes County Sheriff’s Office on numerous tactical operations.

In 2008 he was hired by the Shafter Police Department and attended the police academy at the Kern Regional Training Center. Since coming to the Shafter Police Department he has been assigned to several different positions. He was selected to work with the California Multi-Jurisdictional Methamphetamine Enforcement Team (CAL-MMET), which was a specialized assignment, focusing on narcotics investigations in the City of Shafter and areas in Kern County. 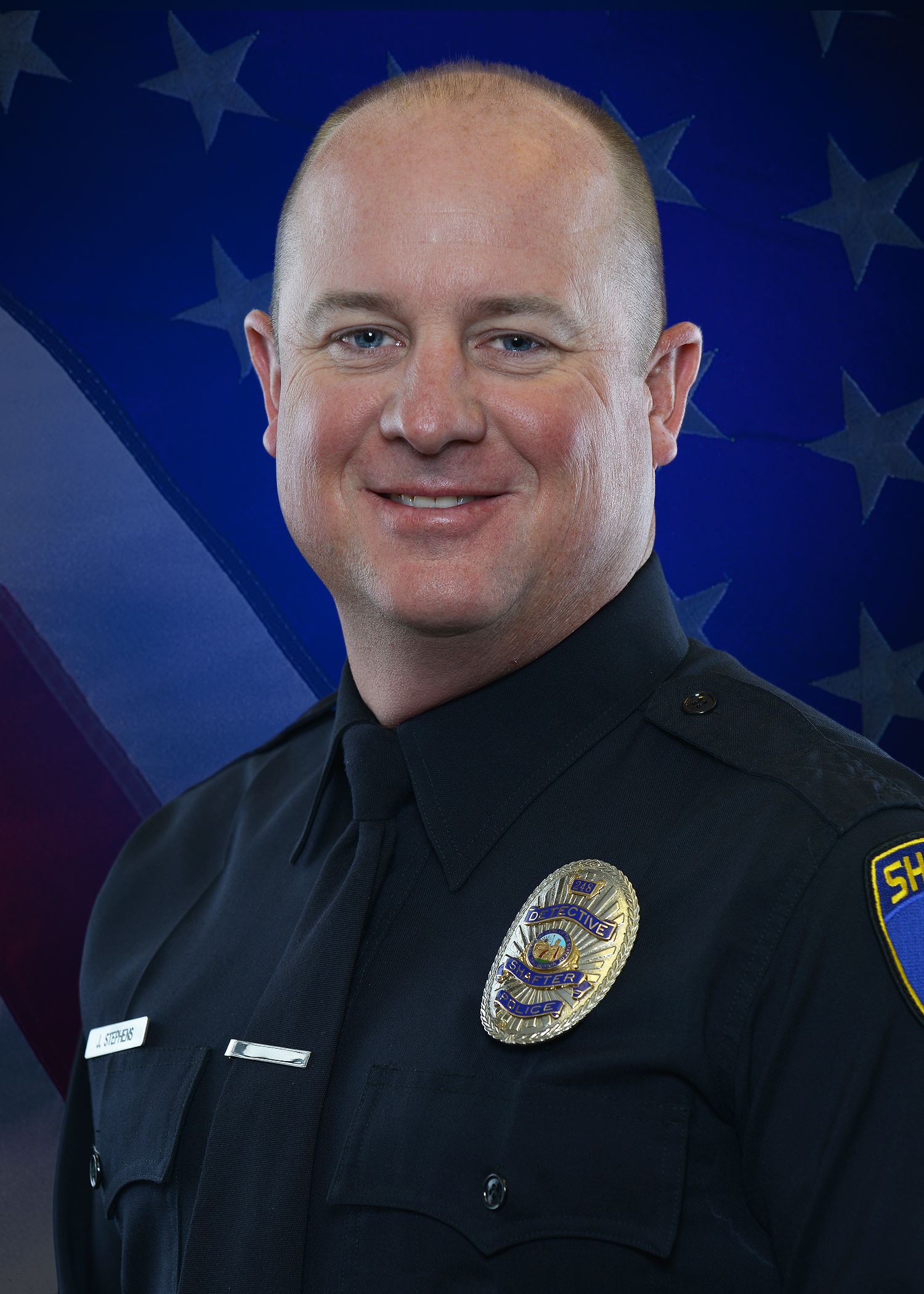 In March of 1996, Sergeant Lopez went to work for the Tulare County Sheriff’s Department. As a deputy sheriff assigned to the Porterville Substation, his area of responsibility included, but was not limited to: the unincorporated areas of Porterville, Springville, Strathmore, Lindsay, Woodville, Ducor, Poplar, Terra Bella, Richgrove, and the Tule Indian Reservation.

Sergeant Lopez was promoted to the position of a senior officer in December of 2006, and then Sergeant in 2008. His duties have included; field training officer, watch commander, gang officer and is court certified as a gang expert and teaches about gangs when time permits.

Animal Control Manager Nick Riddick was born and raised in Fresno, California. He attended the University of California, Riverside leaving for a supervisor position at a Fortune 500 Company.

Life would lead him back to the beautiful San Joaquin Valley, however, and to the City of Shafter which he now calls home. Nick has been a resident in Kern County for nine years, where he found his calling in the Animal Control field.

In November of 2009, he accepted a position as an Animal Control Officer for the County of Kern. He was selected as the Lead Officer in the newly revamped Public Education and Enforcement Team Program, or PEET.  This program consisted of public outreach to promote the importance of licensing and vaccinating pets as well as responsible pet ownership.

With a successful tenure as the “PEET” Officer, Nick ventured into field services which entailed responding to a variety of animal related issues. It was not until he began responding to reports of Animal Cruelty and seeing firsthand the kinds of terror that can be inflicted upon animals that he realized he had a golden opportunity to effect change, hold people accountable for their actions, and save lives. He carries this creed to whatever situation life presents and is steadfast in upholding these values for the citizens of this community.

In 2013, Nick accepted the position of Animal Control Manager for the City of Shafter, bringing with him the experience and understanding of community involvement and participation. This has resulted in an increase adoption levels and rescue live release rates of animals, while steadily maintaining increased animal intake numbers and calls for service.

Nick has a team of professionals and volunteers who are vigilant in impounding stray and marauding animals, but also dedicated to work toward lowering the annual euthanasia rate. This multi-pronged approach is accomplished partially with increased live release rates, carefully vetted rescue partners, and a thriving volunteer program.

In 2015, Officer Riddick was awarded the Officer of Year and continues to strive for the dedication to service the citizens of our community deserve. 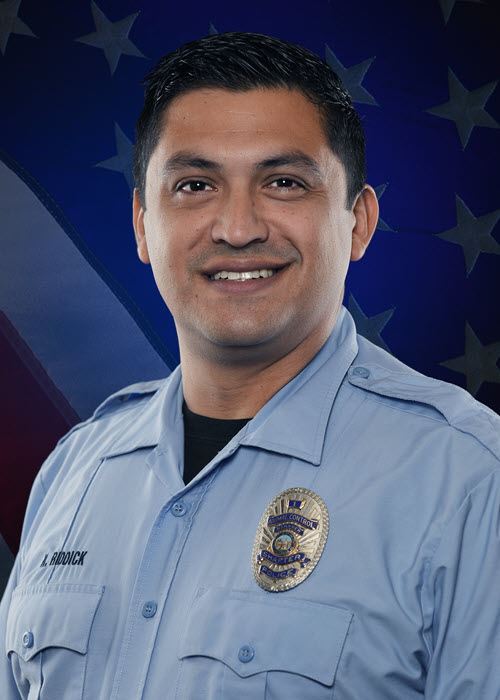